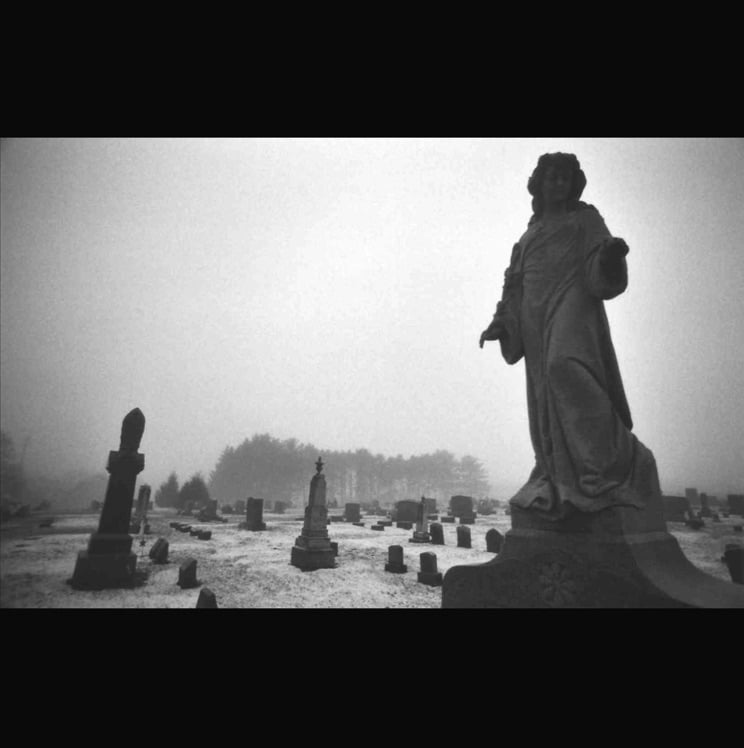 I found 10, ASCENSION OF THE WATCHERS / ICONOCLAST cd's, factory sealed in my basement. I thought they were long gone. In honor of the LAST 10 CD's, I am releasing a series of 10, limited edition dye sublimations, on brushed aluminum, 8x10, with wall mount attached on back. The image of the Mazeppa, PA, cemetery was one of the first photographs that I captured when I moved to PA; it was the beginning of The Watchers. On a foggy, winter morning as I was driving to the studio, I stopped to photograph this cemetery. Shot with a 1982, Canon A-1, on 35mm film, using an aspect ratio lens. I used this image for the CD issue of ICONOCLAST. Only 1000 were printed, and independently released. THESE ARE THE LAST 10 CD'S AVAILABLE . The prints will be signed and numbered in silver, 1 - 10, by Burton C. Bell. Print comes with a signed copy of the ASCENSION OF THE WATCHERS / ICONOCLAST CD (signed on the sealed, factory packaging ). Shipped via USPS Priority Mail, medium flat rate box, protected by bubble wrap. Shipping not included. Numbers will be in the sequence of the purchase. A true collector's item. ( not sold separately )
(Sublimation printing, also known as dye sublimation printing, is a printing technique that involves applying a heat press to a sheet of transfer paper that has been printed with special solidified inks. Once heated, these solidified inks become vaporized into a gas.)